Some passions are easy to trace back to their origins. Chris Robinson’s lifelong love of tennis began practically from day one, when he was born to Margaret and Bruce Robinson, who had met as teenagers on Bruce’s grandfather’s tennis court in Wembley.

Avid tennis fans may well have heard of Bruce, who competed at Wimbledon in 1954 and went on to open a coaching school and court construction business with his wife. What is less well known is Margaret’s impressive competition history. As a senior competitor, she has won several world titles and earned herself a number one world ranking.

Margaret and Bruce’s five sons have all gone on to follow in their parent’s footsteps, some going into competition and professional coaching and, in Chris’s case, tennis court construction.

Chris’s fascination with tennis courts began in 1978, when his father laid the first synthetic grass court in Western Australia. What followed was many, many weekends of building and maintenance with his dad until, eventually, he took over the family business, Robinson Sports Land.

Now Chris has set off on yet another tennis-related journey – to create a coffee table book of Western Australia’s most beautiful private tennis courts and their distinct surrounds. Something for other tennis lovers and property voyeurs alike to enjoy – and a historical record to inspire future generations of tennis lovers. 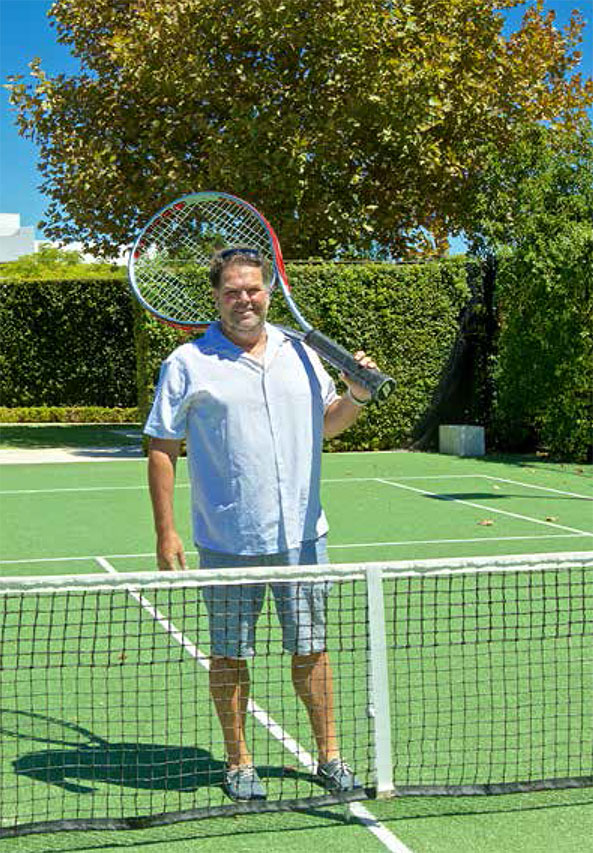